Return to the hunt...

I'm back! And just in time for a theme I can really get on board with: Sleeping.

Sleeping pictures (according to my Picasa 2) are the second most popular theme of pictures in my house. (#1 being All Dressed Up, which includes over 60 pictures of people in hats...Which is just... Strange.) I had upwards of 125 pictures to choose from (some of which I'm saving for the future dreaming theme I saw on the list).

Here's what I wound up with:

First off, a two-fer: SisterCh and my dad, Christmas morning 1987. This was back when she was still cute and snuggly, and actually liked us. (Today, not so much.) 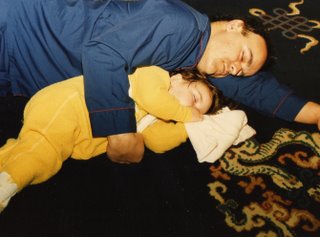 Then there's my BigBrother (also 1987) and his boy, Punkin (earlier this year).
How awesome is it that my 6-year-old nephew is less of a geek than his 11 year old father was? SisterJ saw that picture of Punkin and said he was "pimpin!"; his father, on the other hand, is definitely not. 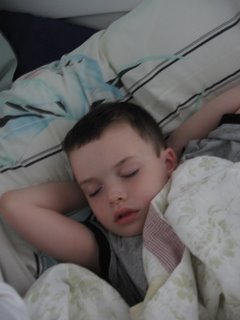 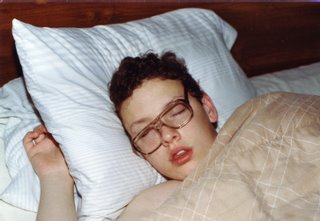 And I'll finish up with my mom's absolute favorite picture of me, sound asleep in busy Logan Airport, July 1979. She says that I slept through most of the very long flight to California, while my brother (then 3 1/2) got airsick almost before the plane was in the air. It's a really good shot, though... and just precious. 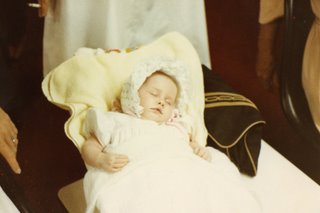 So, that's what I've got for you today: I'm off to make the rounds right now (hooray!), and am glad to be back & up for playing.

Those pix are great! Good job!

Thanks for stopping by mine :)

Those were great pictures!! I loooved the first one. Too cute!

Thanks for sharing your family pictures! And yes, you ARE adorable :)

Very Cute! What a treat! Love looking at older pictures. You were a very angelic looking baby, sounds like it was a rough flight for your Mom thought...lol

Welcome back to the hunt!! I love old pics!! these were great choices for today's theme.

thanks for stopping by

Have a wonderful day!

Well, I had to re-read that sentence about the six year old and his 11 year old father. (I didn't think that was medically possible!) It helped when I figured out the time difference in the photos. ;-)

My SPH is up too.